In order to lessen the impact of rising fuel prices on the commuter population, a lawmaker on Wednesday urged the Department of Transportation (DOTr) and Department of Budget and Management (DBM) to find or reallocate at least PHP1.4 billion in public funds to support the Libreng Sakay (free ride) program until year’s end.

The continuance of this free ride scheme, according to Camarines Sur Representative Luis Raymund Villafuerte, should be a major priority for the agencies, especially because President Ferdinand “Bongbong” Marcos Jr. personally proclaimed it his top priority on his first day in office.

Given that one of Mr. Marcos’ very first official acts on his first full day as President last July 1 was for the DOTr to continue with this initiative for the benefit of Metro Manila commuters, Villafuerte stated, “Carrying on with Libreng Sakay should top the concerns of both the DOTr and DBM.”

Marcos agreed on July 1 to Transportation Secretary Jaime Bautista’s proposal to extend the free rides for students on the Philippine National Railways (PNR), the Metro Rail Transit Line 3 (MRT-3), and the Light Rail Transit 2 (LRT-2) until the end of December, at least for the first quarter of the 2022–2023 school year, which runs from August 22 to November 4.

The expansion of the free trips had been requested by Bautista in a memo, and he stated the DOTr will petition the DBM for further funding.

The Libreng Sakay initiative needs a specific amount of money. We will require additional funds of about PHP1.4 billion to implement the free bus rides till December, which is not included in our current budget, Bautista added.

Villafuerte also urged the DOTr to make solitary parents, senior citizens, and people with disabilities (PWDs) eligible for free trips on the MRT, LRT, and PNR.

He added that the 2023 General Appropriations Act (GAA) should be written by the 19th Congress and should include a budget large enough for the government to continue Libreng Sakay “until next year at least.”

“President BBM’s decision to approve the extension of the Libreng Sakay program on Day One of his presidency is a harbinger of the better days ahead on his watch for our people, particularly the masa who have been hit the hardest by the economic crisis started by the more than two-year Covid-19 pandemic plus the shock of the oil price, the squeeze on food supplies, and other negative effects of Russia’s invasion of Ukraine,” Villafuerte said.

The third phase of the government’s service contracting program, which ended on June 30, included Libreng Sakay, according to the Land Transportation Franchising and Regulatory Board (LTFRB).

The Bayanihan to Recover as One Act, often known as the Bayanihan 2 bill, a stimulus package designed in part to aid the economy in recovering fast from the epidemic, allowed the program’s beginning of its first phase in November 2020. 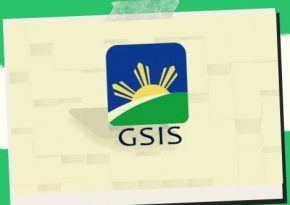 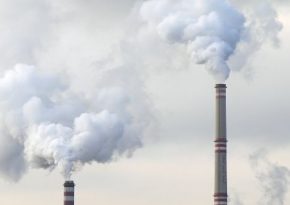 Alfonso Cusi, Secretary of the Department of Energy (DOE), stated […]

CAAP said the ‘no vax, no ride’ policy has been positively appreciated by aviation travelers.

According to a Civil Aviation Authority of the Philippines (CAAP) […]