A reduced debt-to-GDP ratio is expected to boost foreign investment.

A reduced debt-to-GDP ratio is expected to boost foreign investment.

An economist views the decrease in the government’s debt to domestic output as a positive development in fiscal management that might help boost investor confidence and attract more foreign investment to the nation.

According to research by Michael Ricafort, chief economist at Rizal Commercial Banking Corporation (RCBC), net portfolio withdrawals in September of last year were the most since April of that year.

The higher net outflows were attributed by Ricafort to “increased market volatility during the month amid continued worries about high inflation both locally and globally, the weaker peso exchange rate, and the rising trend in interest rates and bond yields that increased borrowing costs and financing costs during the month.”

These elements “have been dragging on economic growth and valuations,” he claimed.

According to Ricafort, the Federal Reserve’s rate-hiking choices have strengthened the US dollar and made it more desirable than other currencies in terms of interest rate income for US dollar-denominated deposits, debt instruments, and investments.

He said that the rise in the BSP’s major policy rates contributed to the financial market’s increased volatility, which has been significantly impacted by the elevated inflation rate in the US, which is the cause of the Fed’s rate hikes and worries about a global recession.

The debt-to-GDP (gross domestic product) ratio will drop from the 17-year high of 63.5 percent at the end of the previous quarter to 62.1 percent as of end-June 2022, according to Ricafort, who stated these issues are anticipated to be somewhat offset by this improvement.

According to him, this development is consistent with the “view that the debt-to-GDP ratio must be reduced to below the 60 percent international threshold in order to be able to maintain the relatively favorable credit ratings of 1-3 notches above the minimum investment grade and make fiscal/debt management more sustainable over the long term and for the coming generations.”

If the confrontation between Russia and Ukraine continues, according to Ricafort, there is a significant likelihood that global and local financial markets will remain volatile. This is predicted to lead to persistently high inflation levels and global oil and commodity prices.

This issue is also thought to lead to the Fed raising interest rates more aggressively and increasing the likelihood of a US recession. 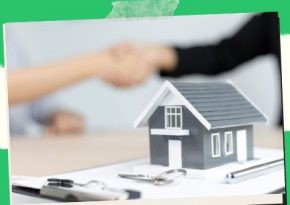 Cebuano English Filipino The government has formalized its aggressive campaign […]

Government is adamant to keeping PHP below 60: DOF