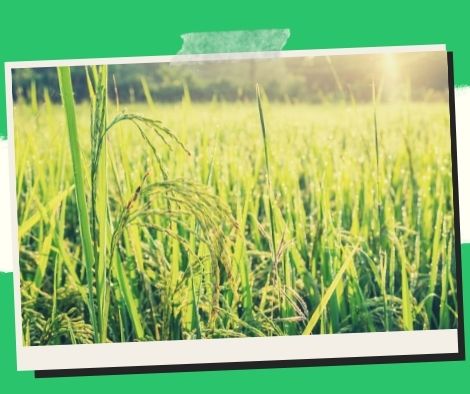 Brown rice has substantially increased both farmer income and Filipino welfare, especially during the Covid-19 pandemic, and has received the approval of most doctors and major rice growers in the country.

To keep fit and healthy with a better immune system against Covid-19, the World Health Organization recommends consuming fruits, vegetables, and whole grains like brown rice in our diet.

Brown rice offers a higher percentage of nutrients than white rice, according to research, since when rice is polished, the bran is completely eliminated, along with its vital nutrients. Scientists discovered that rice bran stores micronutrients that the body requires to increase its resistance to viruses and germs.

Meanwhile, white rice, the Filipinos’ main staple diet, has a higher glycemic index (GI), which might lead to diabetes. According to the Philippine Rice Research Institute of the Department of Agriculture, meals with a low GI, such as brown rice, can help manage blood sugar levels. Brown rice is high in antioxidants, fiber, iron, zinc, magnesium, selenium, and vitamins B1, B3, and B6 in addition to having a low GI.

It’s a good thing, too, that before the Covid-19 pandemic strikes, brown rice has become the go-to grain for folks who want to live a healthy lifestyle. From a small number of Filipinos buying brown and other colored rice, a growing number of Filipinos are opting for brown rice since it benefits their digestive system and overall health.

Brown rice is simpler to come by now than it was a few years ago. Because they are locally made, you may find them in supermarkets and public markets nowadays. Many Filipino farmers are venturing into the world of high-quality brown rice production. They discovered that demand for brown rice has increased as a result of more Filipinos moving from white to brown rice, regardless of market pricing.

Doa Maria brown rice from SL Agritech Corp is one of the locally produced brown rices that we have access to (SLAC).

“From planting through harvesting and packing, this high-quality brown rice has gone through a meticulous process to reach the market.” Doa Maria brown rice is now available countrywide, thanks to 1,055 farmers from Nueva Ecija, Laguna, and Mindoro who have a total of 5,000 hectares and an average of two planting seasons, according to SLAC marketing director Tiffany Lim Ngo.

“Hybrid rice types differ from genetically modified organisms (GMO) rice varieties in that they lack quality and have undergone an unnatural process.” The natural process is preserved in hybrid rice varieties, resulting in high-quality grains. Doa Maria brown rice is also Halal and ISO certified (9001-2015),” according to Ngo.

She explained that, unlike other brown rice varieties, Doa Maria may be vacuum-sealed and stored for up to a year after milling.

“This will protect the grains from insects and other outside influences that could cause the rice to decay.” Most brown rice can only be stored for around six months without adequate packing, according to Ngo.

“SL Agritech undertook numerous campaigns and advocacy actions to assist educate people on how to properly prepare brown rice and the benefits we can obtain from eating brown rice,” she continued.

In comparison to other brown rice, Doa Maria brown rice may be cooked right away and does not require soaking, according to Ngo.

“It only requires one extra cup of water from the rice quantity or the 1:2 approach. “This is more convenient than regular brown rice, which requires 30 minutes to 1 hour of soaking before cooking,” she added.

Prior to the pandemic, the “Rice Bucket Challenge” campaign aimed to promote the health advantages of brown rice to moms, particularly breastfeeding mothers and senior residents in the community. The purpose of this campaign is to “give the gift of health” by donating brown rice.

SLAC Chairman Dr. Henry Lim Bon Liong is a strong supporter of outreach projects like this. As the best brown rice in the Philippines, SLAC continues to improve the quality of Doa Maria so that it can compete with imported rice, which poses a danger to locally produced rice.

“We will continue to prioritize the profits of our local farmers and, of course, the health of Filipinos with our progressive brown rice plans and activities in the Philippines.” “We want to strive for both so that the next generation has something nutritious to consume,” Lim said.