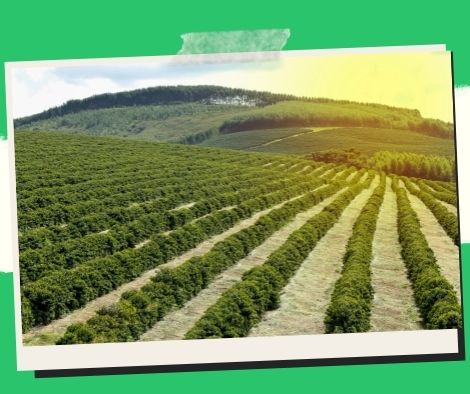 “The focus commodity of RIIC is kapeng barako, which is a significant commodity in the region. It would also aid in the rebranding and reintroduction of barako coffee “In an interview with the Philippine News Agency on Friday, she stated.

Barako coffee (Coffea liberica) has a robust flavor and is widely farmed, particularly in Batangas and Cavite provinces.

The RIIC in Calabarzon is a collaboration between the DOST, the Department of Trade and Industry, Batangas State University (BatStateU), NEDA, PCCI, and USAID STRIDE. The DOST-Calabarzon has pledged PHP1.4 million to support this effort.

The RIIC is envisioned by DOST-Calabarzon and its partner agencies as a dynamic one-stop shop for aspiring innovators in the region, with the goal of increasing the use and uptake of innovation programs and services, as well as R&D outputs, among micro, small, and medium firms (MSMEs).

While the DOST has a NICER (Niche Centers in the Regions for Research and Development), Bagsit claims that the RIIC has a greater reach.

“NICER and RIIC both encourage innovation. They may be connected, yet there are still differences between them. In fact, it’s possible that NICER is a sub-component of RIIC “she observed.

NICERs, according to Bagsit, concentrate on certain commodities or study areas that are critical to the regions, such as pili nuts (Region V), vector diseases, lakes, and so on. RIIC in Calabarzon, on the other hand, will initially focus on coffee but will also support other innovation projects.

Furthermore, an area can have multiple NICERs but only one RIIC.

Meanwhile, according to Bagsit, establishing project roadmaps and making the center sustainable are among the deliverables.

On October 19, it was revealed that RIIC will be known as “LINC Calabarzon,” or Linking Innovation Networks for Competitiveness in Calabarzon, as a program.

LINC will distribute 80,000 barako coffee seedlings to farmers that have been selected. According to Albert Amante, BatStateU vice president for research and project leader, mapping-related activities would help identify major innovators in the region.

The DOST-Calabarzon will also include an inventory of assets and coffee-related resources in the LINC website and database as part of future activities.

RIICs have a free virtual collaborative space as well as a webpage. All stakeholders looking for partners and tools to support their innovation activities can visit https://linccalabarzon.com, which was recently launched.

Within the KIST (Knowledge, Innovation, and Science Technology) Park, which is expected to open in 2024, a Business Innovation Unit (BIU) will be established.

Bagsit explained that the BIU has been operating through the BatStateU since early 2021, despite the lack of a facility, because a RIIC represents the local innovation system.

“The BIU will carry out initiatives such as connecting MSMEs and potential innovators to partner universities’ programs and services,” she said.