Duterte advises Filipinos to get vaccinated in order to ‘overcome’ the pandemic. 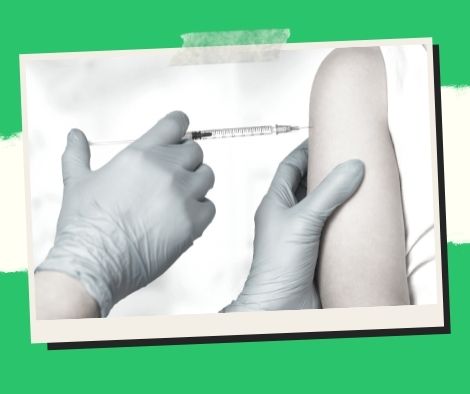 Duterte advises Filipinos to get vaccinated in order to ‘overcome’ the pandemic.

President Rodrigo Roa Duterte has urged Filipinos to get vaccinated and adhere to minimal health standards in order to help combat the Covid-19 outbreak.

On Monday night, Duterte made the announcement as he greeted the arrival at Villamor Airbase in Pasay City of more than 2.8 million doses of Russian-manufactured Sputnik V Covid-19 vaccine.

“I urge everyone of our kababayans (fellow Filipinos) to work together and do their share in combating the pandemic. The government cannot achieve this on its own, so we need your help by getting vaccinated and adhering to the minimal health standards “he stated in his address

He expressed gratitude to the Russian authorities for allowing the largest consignment of Sputnik V vaccination into the country too far.

“Let me convey my gratitude to the Russian government for continuing to provide the Philippines with life-saving Covid-19 vaccines. These deliveries demonstrate Russia’s commitment to [global] vaccination parity and expanding vaccine availability for countries, particularly the Philippines “According to Duterte.

Duterte expressed his gratitude to Russia for its efforts to establish collaboration in a variety of sectors, including the fight against Covid-19.

“Goodwill actions like this vaccination donation and others illustrate Russia and the Philippines’ strong connections and friendship,” he continued.

Marat Pavlov, the Russian Ambassador to the Philippines, said the Russian government would continue to support the Philippines’ Covid vaccination campaign, stressing that the vaccine supply is just one of many future points of collaboration between the two countries.

Duterte also praised the Department of Health (DOH), the Department of Foreign Affairs (DFA), the National Task Force against Covid-19 (NTF), and other institutional partners for their tireless efforts in assuring the country’s vaccination supplies.

“Despite the threat of variations, you ensured that vaccines were delivered, distributed, and administered in a timely, safe, and effective manner across the country,” he stated. “Let us join forces to put an end to this illness, which has been wreaking havoc on our people and economy for nearly two years.”

He stated that his administration is determined to ensure that all Filipinos have access to safe and effective immunizations.

“Let us rejoice in all of our significant achievements against the Covid-19 epidemic. Our fight against the infection is going well. Let us continue to stay safe and healthy “he stated

Meetings with local government chief executives to expedite immunization, according to Ao, have been beneficial.

He expressed confidence that the goal of vaccinating up to 70% of the target population by the end of the year will be met.

Galvez previously stated that the government has been able to accelerate the statewide rollout due to the consistent delivery of vaccines since October.

According to the National Covid-19 Vaccination Dashboard, the Philippines has provided 64,195,936 doses of Covid-19 vaccines, with 29,477,961 Filipinos already fully vaccinated.